The Grondona family has its roots in Ligurian terrain; a region known for its roughness, openness, rigor, and poetry. It was the home of the Grondona family’s work and their one-of-a-kind traditions.

Our story starts at the beginning of the 19th century in an ancient factory housing an artisan flour mill. Fast forward to just a few decades later, when their biscuits are sold in the best shops in the city of Genoa.

The philosophy was passed on from one generation to the next, thanks to Grandpa Orlando and his notes, which became the top reference and inspiration for the brand. The notebook contains delicious traditional recipes confided to him by the local housewives. The notebook also includes Grandpa Orlando’s own notes and observations about the techniques used for kneading and conserving the natural mother sourdough called Madre Bianca, which is still used to this day.

Grondona has managed to combine family traditions with refined industrial technology without losing history and deeper meaning. The stubbornness and the honesty are found today in the recipes of confectionery and biscuits of Ancient Genoa have thus been kept intact… and they stood the test of time. 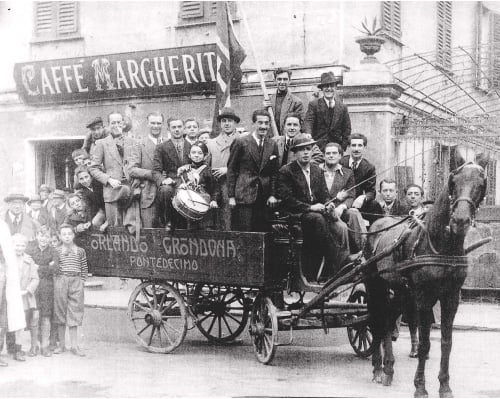 The company was born with the purchase, by Giuseppe, of a mill which used the Riccò Riccò stream as motive power. The peasants brought there to grind their own grain and left a part of it in payment to the miller who was able to exploit it to create his pasta factory.

Francis, son of Joseph, "worm maker", moved to the left bank of the Verde torrent, which had always been always considered much richer in water, the activity that would have produced both produced both pasta and bread. And he continued on his father's father's way by making the family family art of preserving and feeding the "white mother", then called growing.

On February 7 was born Orlando Grondona scholar of sourdoughs and malted cookies. He who in the following years years later invented the "Health Biscuits called today "Corleggeri".

"Grandpa" Orlando over the years collects the historical and original family recipes recipes in the "little black black cover" that will be handed down to the following generations, noting down ingredients, processes and little tricks learned by the housewives Genoese housewives. Over the years he diversified activity by starting the production of specialties confectionery: "pastry with yeast" and "malted cookies malted".

The factory is modernized; The Biscuit Factory Orlando Grondona S.A. Francesco, Orlando's son lays the foundations to develop the the company and abandons the manufacture of bread and pasta to increase the production of sweets through the the launch of the "Lagaccio cookies Lagaccio", the "Canestrelli" and the and "Pandolce".

The Orlando brand Grondona brand is flanked the symbolic image of the "old man and little girl", an image that for many years will speak to the the Genoese of a special quality special quality marked by the value of familiarity, on the ability to accompany us for the entire arc of life. On August 21 the patent for the first of enterprise of first filing "From childhood to old age".

The new generation with Orlando and Gildo Grondona takes over the management. Orlando becomes the new director of the Biscottificio, Gildo the production director.

The new factory in Via Campomorone is born, in the vanguard and highly technological, but which maintains unaltered the original processes.

Grondona starts to export its products and to be distributed in the large-scale retail trade.

The expansion of Biscottificio Grondona continues: new warehouse in Genoa-Bolzaneto.

Grondona acquires Bonifanti S.r.l., the the best manufacturer of panettone and doves in the Turin area.

A new chain of shops

Recognition of our history

Grondona receives the award by the Chamber of Commerce of Rome for the 150 years of History, together with the companies that have made the history of Italy. The new generation, with Andrea, Francesco and Massimiliano, starts exporting with sales in over 25 countries in the world.

Grondona acquires the bar-cafeteria Bocchia relaunching its line of products.

The Grondona Biscuit Factory S.p.A. in continuous expansion, doubles the space of the plant that today develops on 8000 m3, with new technologies technologies and solutions for automatic warehouse. 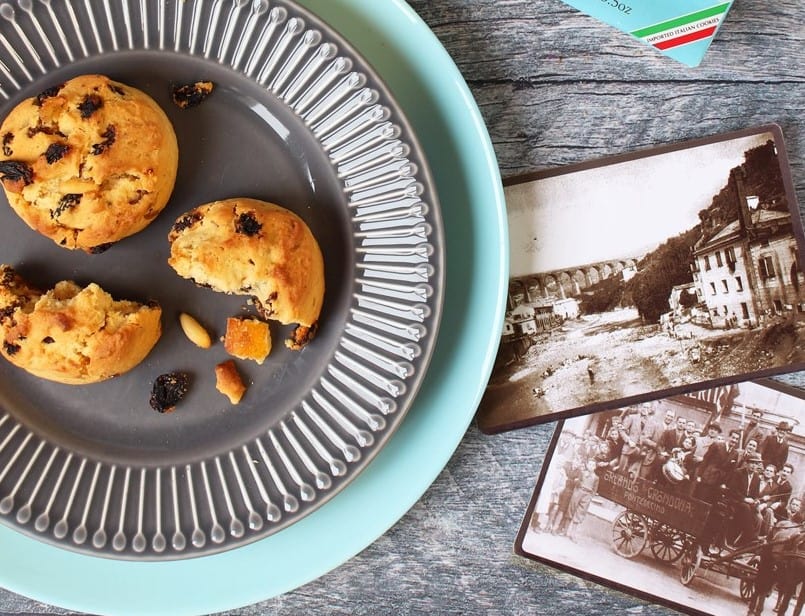 When Grondona talks about history, they know what they are talking about. They’re proud to have 200 years of family experience, of passing on the baton from generation to generation. This is proven in the document of the Genoa Chamber of Commerce and Industry.

Francesco Grondona records that the company was founded by his father Giuseppe in 1820, officially naming their activity as a “bakery and pasta factory”.

Grondona entered the register of “companies” and started the long journey that has brought Grondona where they are today. A journey made with rigor, awareness, and passion that was even awarded during the 150th anniversary of the unification of Italy.

Some distinctive graphic features that were very unique in the past have been updated recently so the brand can keep up with the communication requirements of a company in the modern market.

Why they are so different:

We only use MOTHER SOURDOUGH that we’ve been refreshing every day for more than a century, without ever adding baker’s yeast.

We never compromise on using the FINEST INGREDIENTS available on the market.

We only use BUTTER or EXTRA VIRGIN OLIVE OIL in our products – never any other fats, animal or vegetable.

NONE of our products contain ARTIFICIAL FLAVOURS, COLOURS, OR PRESERVATIVES.

Our RECIPES all come from TRADITIONS, handed down from our great grandparents’ generation to ours since 1820.

The red thread throughout Grondona’s story is the talent of selection: only working with regional recipes, traditional specialties, and natural pastry processes. The recipes that represent the fundamentals of the art of pastry making need to be followed with great attention to detail. Based on these processes, Grondona has developed and extended its product range by combining traditional ingredients with its own sense of taste. 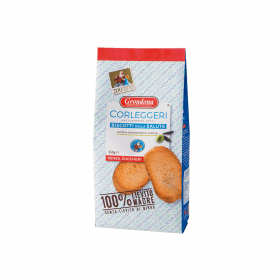 What are Grondona bread substitutes? For many people, wheat bread is a staple food. However, the majority of bread sold today… 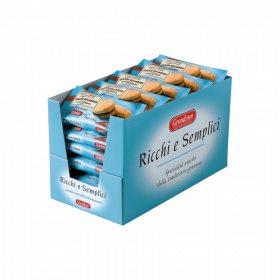 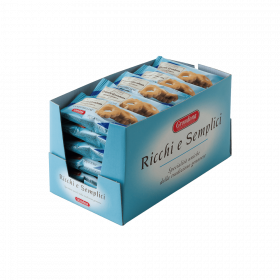 Canestrelli Grondona, the delicacy of a sweet moment

Canestrelli (or Canestrellini) is a delicious and crumbly cookie, usually dusted with powdered sugar. Typical of Liguria and Piedmont, they have…

Stay updated on the latest developments and special offers!

For the last two hundred years we have kept our fathers’ knowledge alive, enriching it for our children. Being guardians of a tradition does not give us the alibi to stop being surprised…